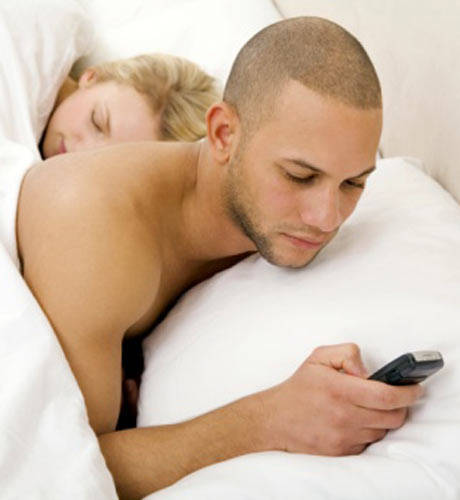 What makes men cheat? Dr Kamal Khurana,relationship counselor, dug through past research on male infidelity, and has even counseled couples and has arrived at the conclusion that most answers are from the wife’s point of view. Here, some of his findings:

1. Disturbance in the marriage as the primary reason
When there are regular fights at home with his wife, which are left unresolved, a pattern sets in wherein he continues to be unhappy and ‘disturbed’. In this kind of a scenario, either he can fight or he can flee. When he looks for an affair, he is looking to flee from dealing with the issues in the marriage, and be comfortable with that ‘other person’. It is telling oneself that the problems do not affect anyone and life can continue in a better way with a parallel support.

2. Cheating men report boredom led to the affair
Some men may find the routine of a married life to be tedious and dull. These men find it easier to shift dominance or primacy to another relationship and feel the spark outside to be a thrilling option; instead of finding ways of charging their marriage. It becomes present moment for gratification versus the hard job that they will have to do in their marriage to resolve an issue. The extra-marital relationship provides them with a readymade and fresh experience, which is appealing enough to take the risk.

3. Cheating men love to experiment sexually
Sex has always been and will always be an integral part of a marriage. While some men are quite content spending the rest of their lives having sex with the same wife for many years, others prefer to experiment more as a need, rather than as an option. They want to sleep with many women, many times, and therefore do not think twice before an extra-marital alliance. It perhaps makes them feel sexually powerful and more adept than others.

4. Cheating men are emotionally dissatisfied
When their wives are too busy with their own lives, working or bringing up children or even looking after in-laws and parents, emotionally, men are left high and dry. But men are emotionally driven beings too. They want their wives to show them that they’re appreciated, and they want women to understand how hard they’re trying to get things right. Most men consider it unmanly to ask for a pat on the back, which is why their emotional needs are often overlooked. Sometimes the couple may not be compatible so however much the wife may do, the man will always find something to complain about.

It may also happen that the woman he cheats with is his co-worker or boss, someone who praises him, looks up to him, and compliments his efforts. That’s another reason why it’s so critical that he feel valued at home.

5. Cheating men have a history of EMR
Some men, in their childhood, may have witnessed cheating in their parent’s marriage. This somewhere gives them a message that it is okay to cheat, even though deep inside they know this is wrong. All of us learn from our parents, so taking the risk is good enough. This acquired learning also happens through cheating resorts taken by elder siblings, neighbours, peer group and everybody who has been impacted. Sometimes as teenagers and young adults, some men have had multiple relationships, these men either intentionally or accidentally end up going back to their ex-girlfriends. The other lot goes back to their past style of having multiple relationships. It is well said, what a mind thinks, achieves. So there are females also who are either consciously or unconsciously looking for such men.

6. Cheating men have wives who cheat
Men also take revenge with their cheating wives, by having multiple relationships themselves. Even if their wives are guilty and come accept their extra-marital relationships, some men continue with their tricks. This is mostly done by men who don’t want to forgive their spouses.

7. Cheating men think it to be ‘divorce’
Some men are willfully adulterous and use it as a means for acquiring divorce. The law also considers adultery as a fair ground for the wife to seek a divorce. The man is cheating openly and is in a non-receptive mood, taking the wife’s feelings of frustration to an all-time high. Although this percentage is less but it is there.

8. Cheating men need to be needed
When men feel that they are not needed by their wife anymore, they look out for some other woman, who can understand them and make them feel special. As an obvious outcome of a new relationship, they get that feeling from the other woman. And suddenly when they are showered with attention, which they haven’t received in a very long time in their marriage, they toss their hands in the air and get deep into the new hot and happening relationship.