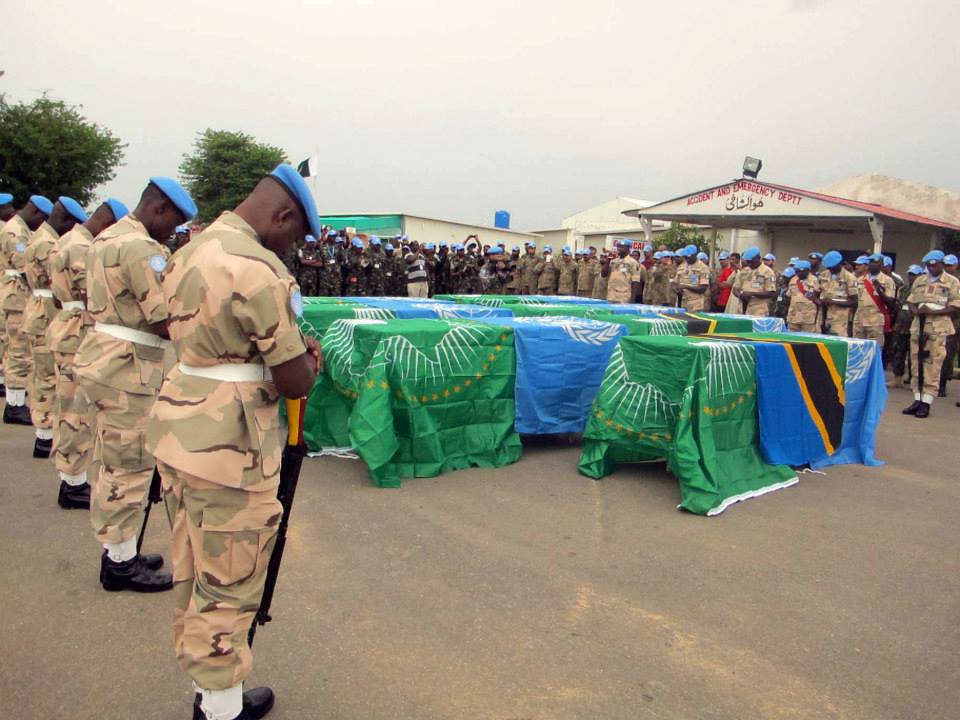 The African Union – United Nations Mission in Darfur (UNAMID), held a memorial ceremony, in Nyala, the capital of South Darfur, to honor the seven fallen peacekeepers who lost their lives in the 13 July attack in South Darfur. The bodies are scheduled to be repatriated to Tanzania, the home country of the fallen peacekeepers. In addition to the seven killed, 17 military and police personnel were wounded, among them two female Police Advisors, all of whom are recovering from their injuries in UNAMID’s hospital in Nyala, South Darfur.

The incident, which began at 9:00 hours, occurred approximately 25 kilometers west of the Mission's Khor Abeche team site.
The UNAMID team came under heavy fire from a large unidentified group. Following an extended firefight, the patrol was extracted by UNAMID reinforcements that arrived from the Mission's Khor Abeche and Manawashi team sites.
Photo by Saidi Msonda, UNAMID. 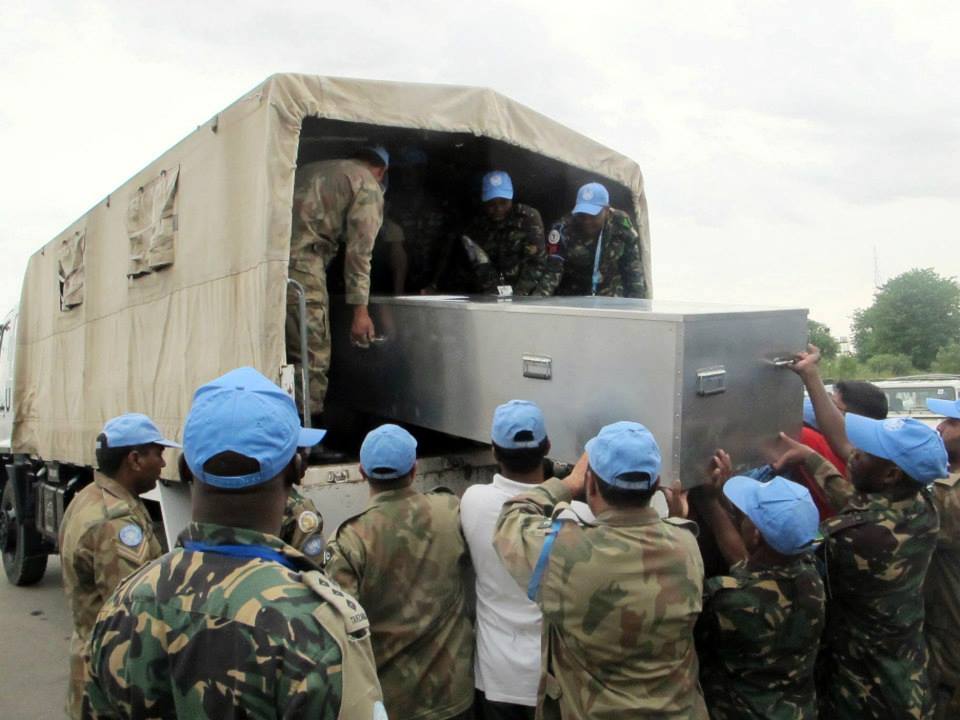 On 15 July 2013, in Nyala, South Darfur, staff members from the African Union - United Nations Mission in Darfur (UNAMID) move coffins containing the remains of four of the seven peacekeepers killed on Sunday, 13 July, in an ambush near Khor Abeche, South Darfur 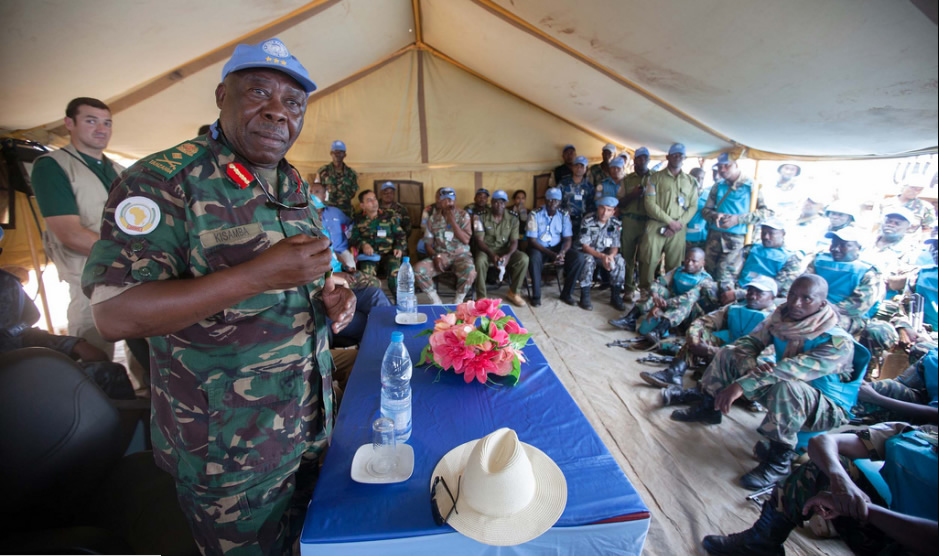 14 July 2013. Khor Abeche: (left) The acting Force Commander, Lieutenant General Paul Ignace Mella (from Tanzania), addresses the troops based in Khor Abeche (South Darfur), after being ambushed yesterday, when seven peacekeepers were killed and 17 military and Police personnel, among them two female Police Advisers, were wounded.