The demand by Uganda women to have a clause in the Domestic Relations Bill that allows them to divorce men with bigger organs is something interesting because it confuses one on what exactly women want. This bill has got a lot of controversial stuff in it but let me concentrate on this issue for now to see if it makes sense to people out there.

I'm afraid I look at this issue in different ways but either way, I think when people decide to get married, these are some of the things they should be ready to put up with. It will be a travesty to marriage if people start divorcing each other because either of their sexual organs has ballooned for some reason. It can only make sense if the divorce is asked when the relationship is at its early stages because there it can be argued that the person did not know exactly what they were getting themselves into, but not when the relationship has been there for a long time. People should learn to appreciate certain things about each other outside the bedroom, and I believe it is what has kept our grandfathers in marriage for ages.

Penis size and economy
Some research shows how strongly the average sizes of male organ were associated with GDPs of various countries between 1960 and 1985 according to a paper presented by Tatu Westling of the University of Helsinki in 2011. It was argued here that the average size [the erect length, to be precise] of male organ in population has a strong predictive power of economic development during the period. The exact causality can only be speculated at this point but the correlations are robust. The `male organ hypothesis' put forward here suggests that penises carry economic significance.

Male organ was found to experience an inverted U-shaped relationship with GDP in 1985. The GDP-maximizing length was identified at around 13.5 centimeters. One striking result is the collapse in GDP after male organ exceeds the length of 16 centimeters. At that time, it was noted that countries where men have penises below 12 centimeter were less developed and these were mainly the Asian countries. Let's leave Africa out of this argument for reasons I will explain below.

The average growth rates from 1960 to 1985 were found to be negatively correlated with the sizes of male organs: unit centimeter increase in its physical dimension was found to reduce GDP growth by 5 to 7% between 1960 and 1985. Furthermore, quite remarkable was the finding that male organ alone could explain 20% of the between-country variation in GDP growth rates between 1960 and 1985.

The physical dimension of male organ varies considerably across countries, the average being 14.5 centimeters. For example, South Korea and Zaire [now Dem. Rep. of the Congo] have average sizes of 9.66 and 17.93 centimeters, respectively according to everyoneweb.com on the link http://www.everyoneweb.com/worldpenissize/. France's average size is 16.1 centimeters while that of UK is 13.9 centimeters. To be honest, I don't know how these guys got all these results but the figures here are interesting.

Now Africa is still poor compared to other continents yet it is well known that men of all long and big sizes come from there. The researchers put this down to other factors other than the size of the penis, i.e. poor political governance, diseases, malnutrition and regular conflicts on the continent. But then again, may be our current leaders have got smaller penises and that is why we are in this mess. I wish there is a way we can find out about this to test this theory. May be if we all chip in and bribe the first ladies on the continent, it will make this research a bit easier. But if this argument is true, then it looks like the Americans may get out of recession soon if they stick with Barack Obama in the White House for a second term running.

May be this argument may have helped Obama become a president in the first place following a report compiled in 2006 by some newspaper about the penis sizes of Republicans. A reporter was allegedly able to obtain medical records of over 100 leading politicians and Cabinet members in Washington. Condoleezza Rice was asked what a good penis size was and how it might affect the female vote in the elections. Ms Rice stretched her fingers to indicate a good size and it was apparent that most of the men among the Republicans did not measure up. She thought as far as the female vote was concerned, it would hurt them. Bill Friest, Republican United States Senator representing Tennessee, spoke up and said “His wife said that size did not matter and he thought most women felt this way”. Ms Rice responded “What women say and what women want are two different things”. Friest apparently looked puzzled by her response. The rest is history because Republicans indeed lost the elections to democrats.

However, it has been found that there is no coleration between a man's height and the length of his penis. Why many women still think “height” is more important than other physical features of males, I guess we will never know. Put height together with penis size, for example, and explain the aesthetics and beauty that some women use in mate selection. For instance, average heights did increase between 1750 and 1875 among European populations because of improvements in diets and increases in intakes of calories but this did not necessarily reflect an increase in their penis heights. Indeed the evidence that dimensions of body parts and penile lengths are correlated is mixed. Also there is no evidence to suggest that a man's shoe size and penile length are related.

Homosexuality
A columnist in USA wrote in 2006 on website World Net Daily that use of soy products leads to reduced penis size and higher rates of male homosexuality. I guess scientists are still trying to find out why some people claim to be gay since their childhood after findings revealed in 1980s that higher testosterone levels among gay men are as often as among heterosexuals. In 1984 Heino Meyer-Bahlburg, a neurobiologist at Columbia University, analyzed the results of twenty-seven studies undertaken to test the hormone theory which used to be claimed by some people as explanation for being gay. He found that there is no difference between the testosterone or estrogen levels of homosexual and heterosexual men.

This columnist wrote that when you feed your baby soy formula, you're giving him or her equivalent of five birth control pills a day. A baby's endocrine system just can't cope with that kind of massive assault, so some damage is inevitable. At the extreme, the damage can be fatal.

He also revealed that Soy is feminizing, and commonly leads to a decrease in the size of the penis, sexual confusion and homosexuality. That's why most of the medical (not socio-spiritual) blame for today's rise in homosexuality must fall upon the rise in soy formula and other soy products.

So guys, it looks like penis size does not really matter in anything depending where you are standing. I guess my Chinese friends would say: 'Dude, the only one who has an issue about your penis size is you and the brainless ladies in Uganda. I have enough on my mind with trying to figure out how to become a superpower, calculating different responses I get from Americans by supporting dictators in Africa, and trying to fit in enough time for sleep and work, which I wish I had the luxury of time to think about what size penis you have. I really don't have that time, so it looks like I'm out of luck.''

Anyway, the bottom line is that this issue should be carefully looked at when writing the final piece of the Domestic Relations Bill. Think about it: a chap in Australia killed his wife after she teased him about his penis size and this is something that may cause problems for us in future if we put such issues on a paper. This is a genuine Australian case, but even as a hypothetical one, it's interesting. 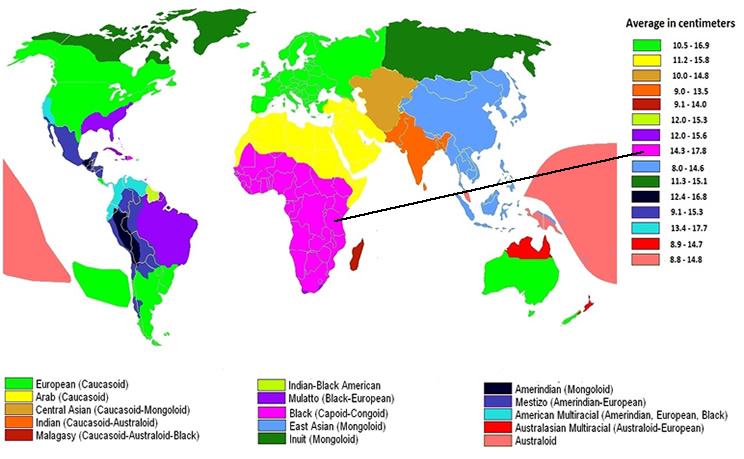