Sababu ya Obama kuitembelea Tanzania "Why Obama is visiting Tanzania" 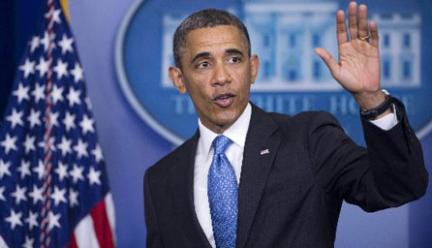 Tanzania’s strategic position in the continent, its abundant natural resources and countering China’s advances to Africa have been cited as some of the reasons why President Barack Obama chose to visit Tanzania in his tour of Africa next month.

The US President’s tour of Africa will start on June 26 and end on July 3. In addition to Tanzania he will also visit Senegal and South Africa. Mr Obama becomes the third consecutive US President to visit Tanzania after Bill Clinton in 2000, and George Bush in 2008.

Experts who spoke to The Citizen shortly after the tour was confirmed by both the US and Tanzanian governments on Tuesday argued that Mr Obama’s visit, coming hot on the heels of his Chinese counterpart, is not coincidental.

The visit, they add, is the continuation of a scramble for resources between the two major economic superpowers.

Prof Issa Shivji, the head of the Mwalimu Nyerere Professorial Chair in Pan-African Studies at the University of Dar es Salaam (UDSM), told the daily that the shifting centres of global economic and political power, the growing economic muscle of the most of Asia and Tanzania’s strategic position and its natural resources abundance are some of the reasons why Mr Obama is visiting Tanzania, in particular, and the continent in general.

Prof Shivji noted that after Somalia, which has been destroyed, Tanzania has the longest shoreline on the Indian Ocean.

“Zanzibar is also a strategic island in the Indian Ocean and the mainland is the only land mass which connects the Indian Ocean with Central Africa, one of the richest regions in the world. Tanzania itself is rich in natural resources, including oil, uranium, gas and so forth,” Prof Shivji noted.

Dr Amon Mbele of UDSM's Department of Economics noted that Mr Obama's visit shows the huge potential the country has in global political and economic arena.

"The country could be having that strategic importance to global affairs over and above that we might not be aware of as citizens of the country," Dr Mbelle noted.

He is coming here with a group of 500 businessmen and investors. All these are looking for investment opportunities in the country because it is stable and peaceful," Mr Membe said. Mr Obama will be accompanied by a total delegation of more than 1,200 people, according to him.

A statement released by the US Embassy in Tanzania on Tuesday said the visit will reinforce the importance that the United States places on deep and growing ties with countries in sub-Saharan Africa through expanding economic growth, investment, and trade; strengthening democratic institutions; and investing in the next generation of African leaders.

But Prof Shivji said countering China’s economic rise in particular and shifting of centres of global power to Asia is another reason Mr Obama is visiting Tanzania and the continent.

"We must situate Obama’s visit in a bigger picture. The US does not have the same hold on Asian countries as it used to have.

"Asians are playing the game by the same rules as US capitalists did and are proving to be better at it. And it is in US's interests that it counters China. In this scenario, Tanzania, Senegal and South Africa are strategic," Prof Shivji said.

Professor Abdallah Safari, a lawyer who worked at the Tanzania Mozambique Centre for Foreign Relations, also conquered with Prof Shivji that the visit has something to do with neutralising China’s foray into Africa.

Dr Mbele, advised the Tanzania Tourism Board (TTB) to use the advantage of Mr Obama’s tour to promote the country as tourism destination.

"We should not make the mistake like the one we made during the Chinese President's tour, of failing to tap into the growing Chinese tourism market,” Dr Mbelle noted.