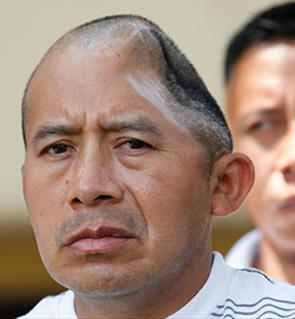 A man left with half a bashed-in skull and permanent brain damage after a bar room beating has been awarded $58 million (£38 million) by a Californian jury. Antonio Lopez Chaj, a 43-year-old house painter, can no longer speak and requires 24-hour nursing after the attack three years ago. His lawyers said a security guard beat Mr Chaj unconscious with a baton, repeatedly kicked him in the head and smashed his skull against a pavement four times. Part of his skull was missing when he reached the hospital. 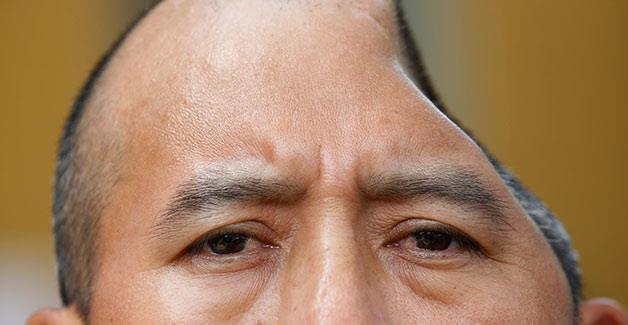 Mr Chaj had been attempting to intervene after the guard, who was unlicensed and untrained, and a bartender attacked two of his relatives in April 2010. Both attackers have gone to ground but the huge payout – one of the largest in the state’s history – was made against the security company, DGSP Security and Patrol Services, on Friday. Mr Chaj’s lawyers announced the payout on Monday at a press conference alongside their client and predicted the company will appeal. They expect him to receive a smaller sum after likely settlement negotiations.