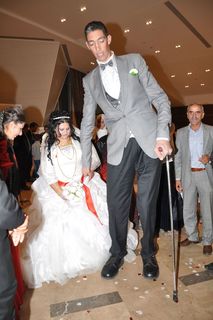 After almost giving up the search for a soulmate the world's tallest man was married yesterday, having fallen in love with a woman about two thirds his size.

Sultan Kosen stopped growing when he reached 2.51m last year but on Sunday he was wed to the woman of his dreams in Merve Dibo, a woman standing 173cms tall.

Even though Kosen's bride would be considered to be above average height, she barely makes it past two thirds of Kosen's height, a fact the giant farmer did not see as a short coming.

"How unfortunate I could not find a suitable girl of my own size. My fiancee is over 1.75 meters tall, but I believe I've found the person for me," Kosen told AA reporter.

In August 2009 Kosen took the Guinness World Record for world's tallest man when he surpassed the previous record holder, China's Bao Xishun who held the lofty title with a height of 2.36m.

The title earned him celebrity status in Turkey and his wedding was attended by politicians and celebrities.

As one of only 10 people to have ever reached a height taller than 8 feet, Kosen takes great pride in his giant title, although he admits it was not always easy.

"The kids used to tease me and I found that very difficult. But now I am really proud of being tall," he said.

His extreme height comes from a disorder called pituitary gigantism, a rare condition that causes the body to continually produce the growth hormone.

Kosen was thought to be cured of the condition when a tumour was removed from his pituitary gland in 2008 but he continued to grow until last year. 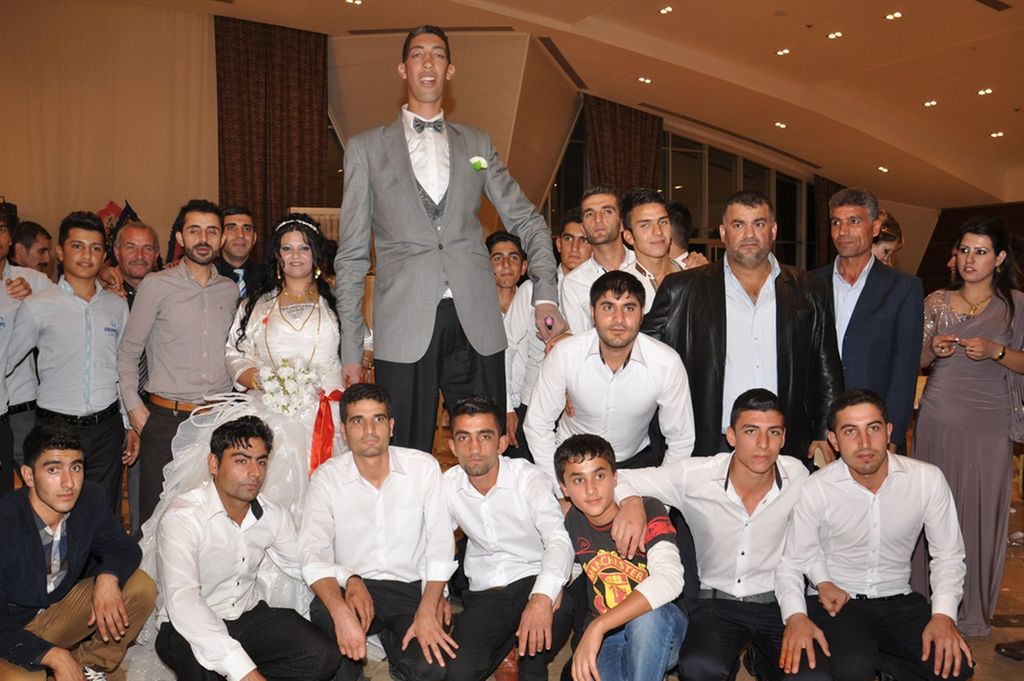 Wish u a happy family..